Warning: Use of undefined constant user_level - assumed 'user_level' (this will throw an Error in a future version of PHP) in /home/customer/www/classiccars4fun.co.uk/public_html/wp-content/plugins/ultimate-google-analytics/ultimate_ga.php on line 524

I had the pleasure of going to this years National Kit car show at Stoneleigh. I went on the Bank Holiday Monday as I was busy all day Sunday.

The Show advertises that it is open 10 till 5pm on both days but cars started drifting off as soon as we arrived (or maybe before!) which was a 12.30 and by 3.30 a large number had gone and many of the pitches were empty.

Shame for me but also shame for everyone as the Sun came out then. If you are planning to go next year, I suggest Sunday or early on on Monday.

All the exhibitors in the Halls were there to late, so if you do do as I did, do the Halls last.

Some great cars on display and some good Club stands. I does surprise me the prices being asked for kits and the estimated finished build costs. These seem to be way out of proportion to a real market value.

I looked at one rather pretty but otherwise nothing special kit and the ‘turnkey’ price was £18,0000. A lot of money for what is at the end of the day a kit car with second hand parts. There were kits there costing a lot more and some a lot less.To me the idea is not to buy a ‘turn key’ kit car anyway but the fun is building it yourselves.

For me the star of the show was a pale yellow Caterham 21 (not the best colour) but these are a rather pretty car. (sorry did not get any photographs) 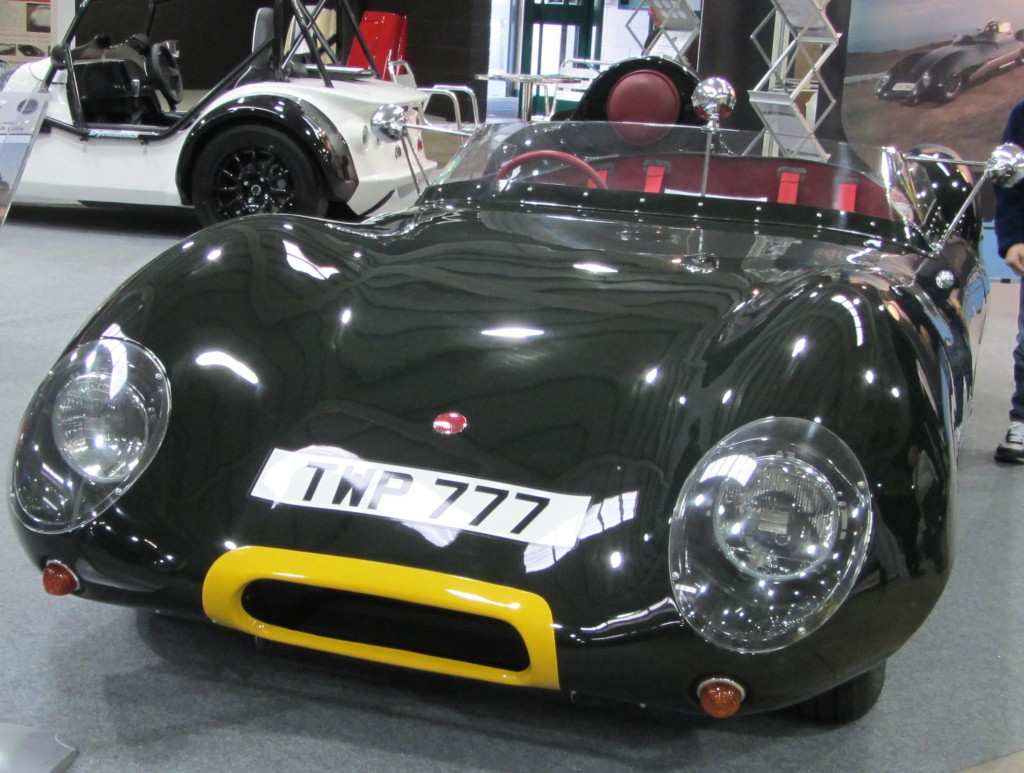 Westfield XI from the side

The kit price is £10k and then you add a Midget donor car. This is the one I would most like to do but just think that it will be a little underpowered with just 65 BHP on tap. 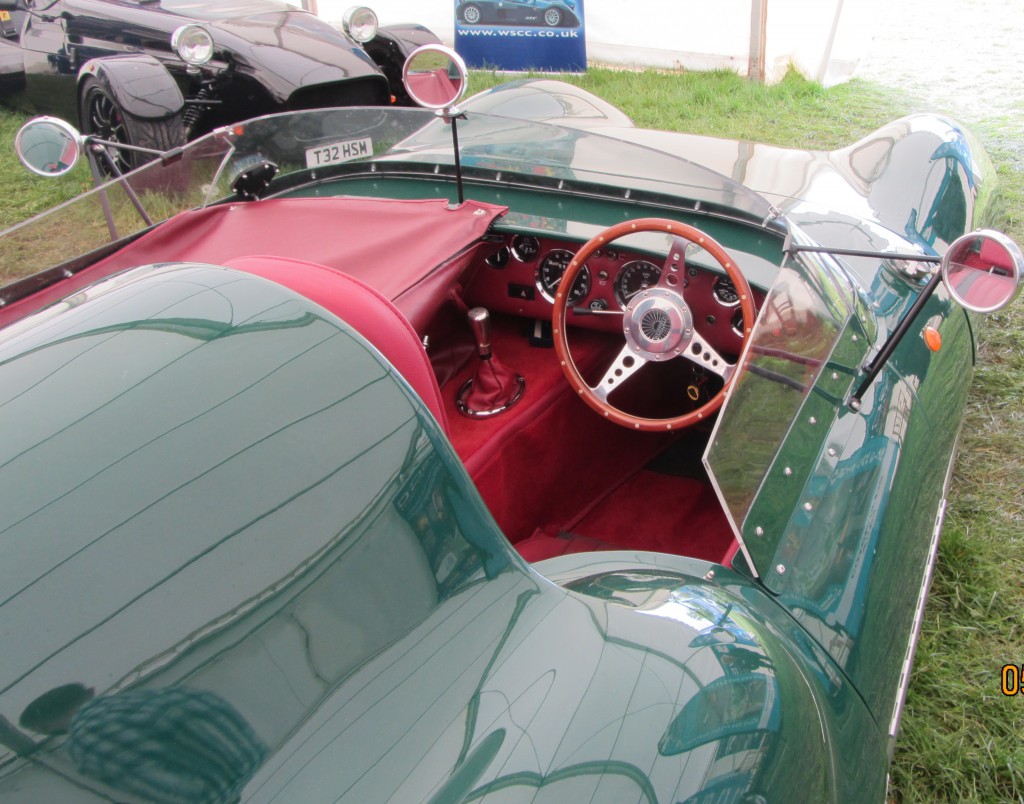 Rather nice interior of the Westfield XI in the club tent.

I talked to the chap in the Westfield tent and he said it cruised happily at 75mph but the acceleration was nothing to write home about. But he also said that it had the same power the weight ratio as his BMW and that was no slouch.

I guess if I went for one of these, the pleasure would be in the tinkering and leisurely drives and holidays. As there is no roof those holidays would have to be abroad which makes it sound even better.

I also looked on the 750 Motor Club stand was interested to see that you can get a basic single seater kit for £3k to which you add a Reliant engine and it is then eligible to use in there race series. Cheap way of having some fun at motor sport.

You may know from other posts that I have a GTM K3 Rossa kit car which has a Rover Metro GTi/MG engine fitted. This car was brought as partly assembled and is just for track days as it has not been registered for road use. The car is complete except for lots of trim type bits.

I want to use this a few more times and then look if I can ‘chip’ the engine cheaply for some more horses and then after some more track days swap the engine for 160 MGF engine. At that point it should be able to beat most of the Lotus Seven type cars having similar of better power to weight and having mid engine configuration should be better than them on the corners.

More of that in my track day articles. 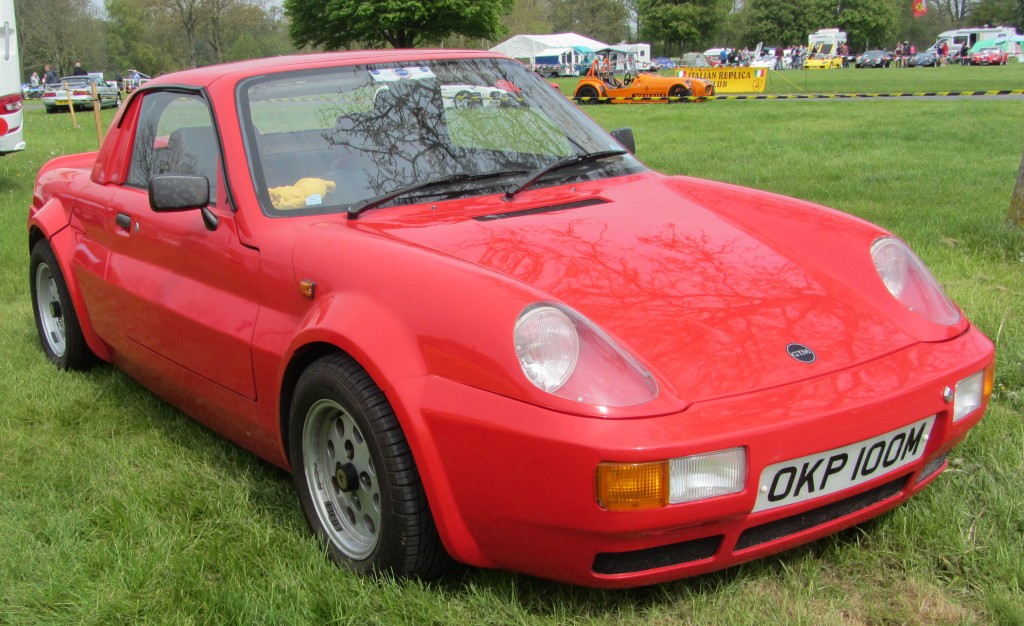 GTM K3 Rossa. Similar to mine. Note the ‘addition’ to deal with the water leaking around the windows.

Some Photos from Stoneleigh 2014

There were a couple or original Marcos cars there. These were always a beautiful car. Shame they stopped making them. I think that the modern version with the wheel arch extension rather ruins the original design. 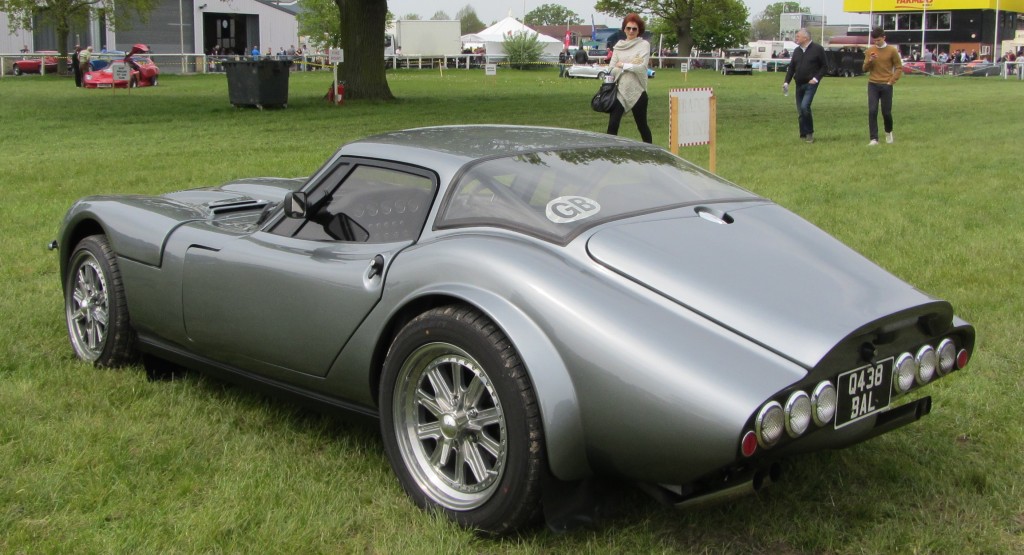 Original Marcos from the back 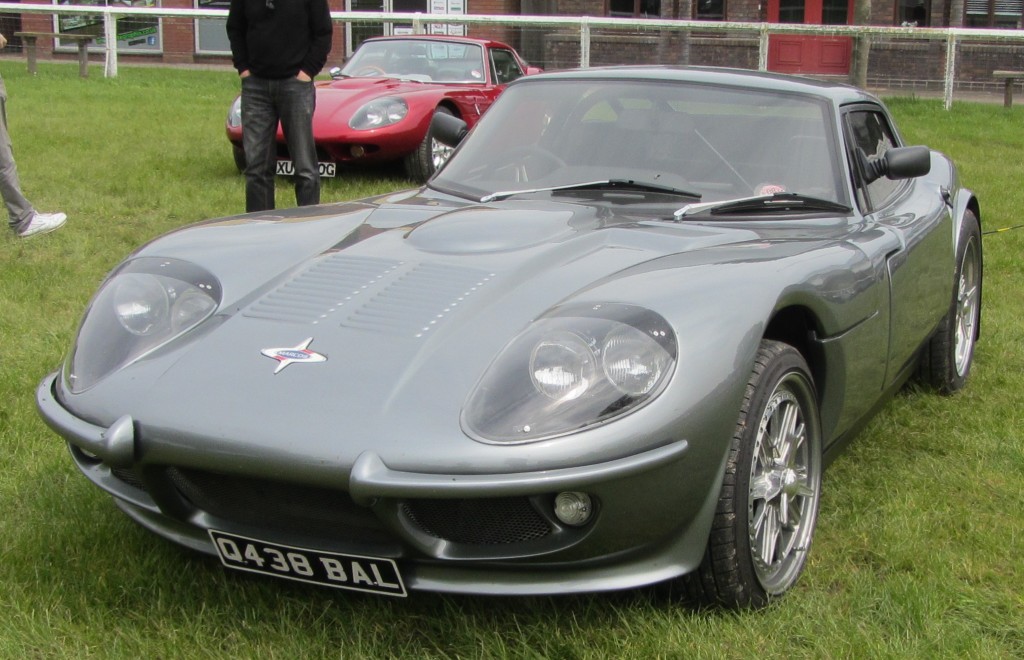 The front view of the Marcos 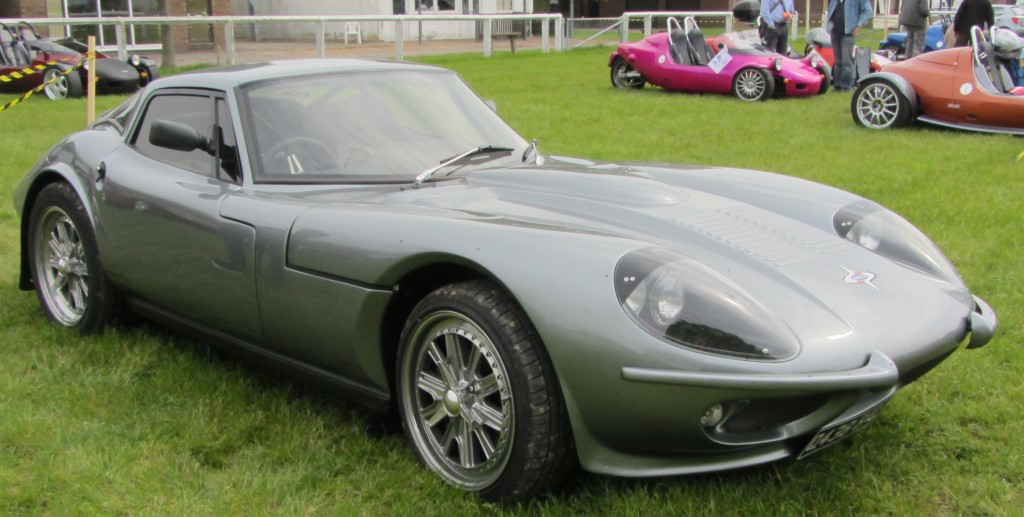 The side View of the Marcos 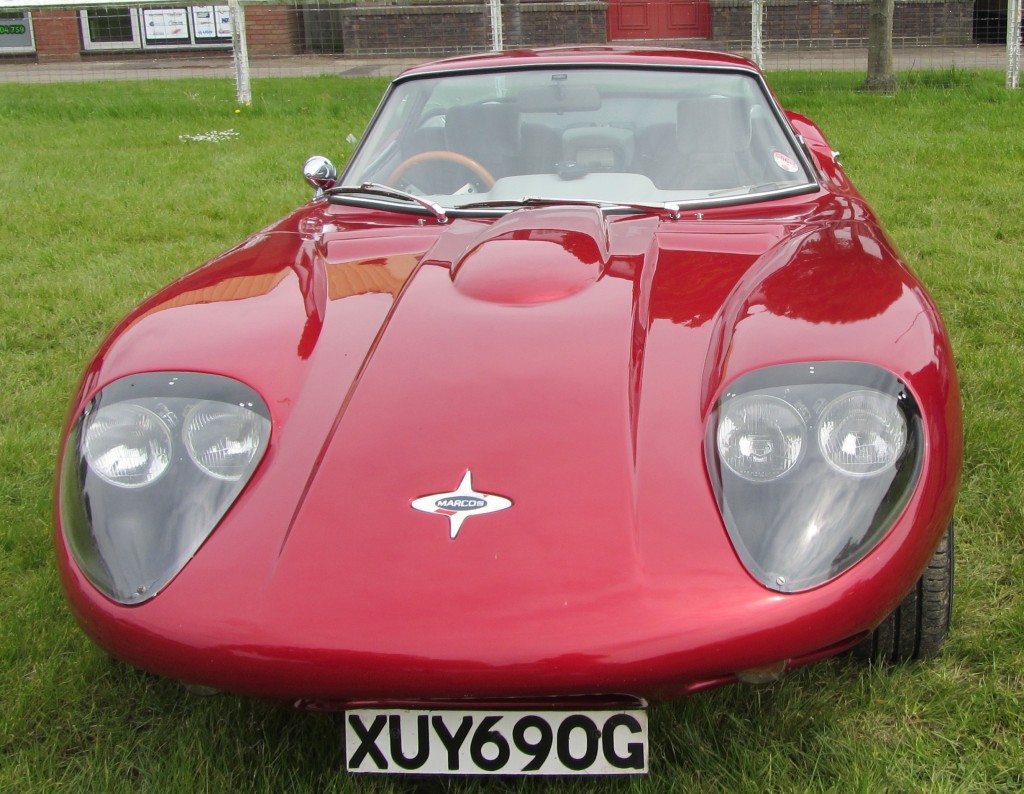 Just for variety a different Marcos

A Model I am not familiar with, but very nice! 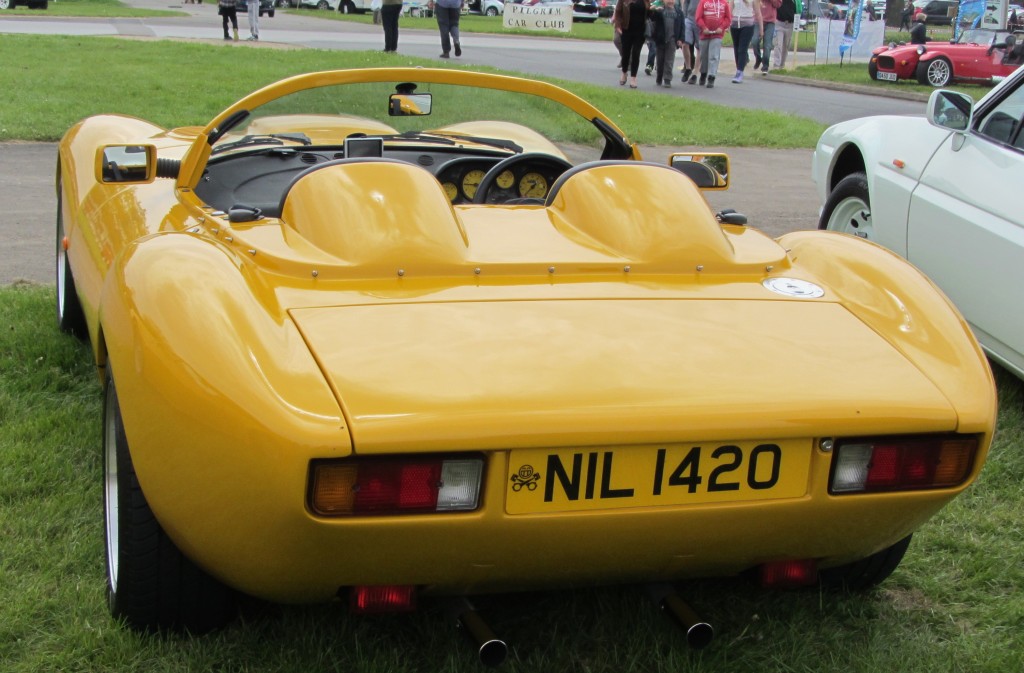 Rear of the same Silva 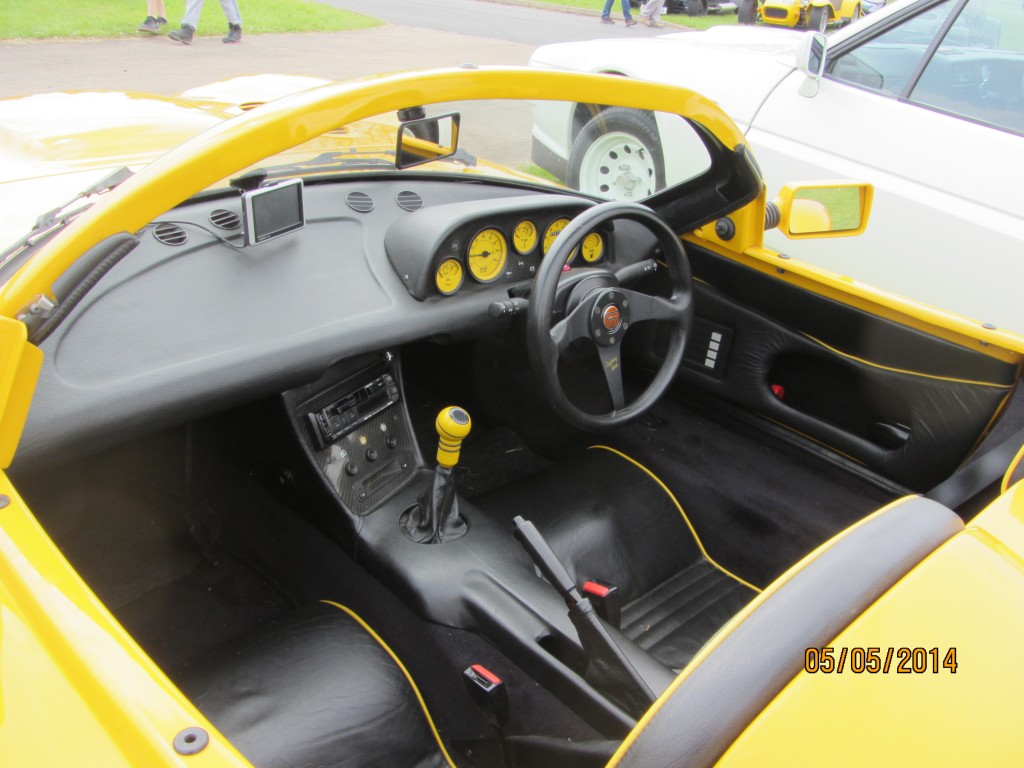 Inside the Yellow Silva

I will write about and include some for photos of the other cars that caught my eye another day.